To Russia, the return of Choices East

To start the day the Choices delegation and I met for breakfast at the Metropol Hotel in Moscow. Women’s Rights Activist Alena Popova, famous for her work fighting against the Russian patriarchy, joined us.

We had an intense discussion about strategies to deal with Domestic Violence and sexual harassment, issues Popova has dedicated her life and work to by co-founding The W Project. The group drafts Domestic Violence law and collaborates with some of the country’s most successful family lawyers.

Popova and I share an understanding of what it means to be a radical and the price that comes along with it. 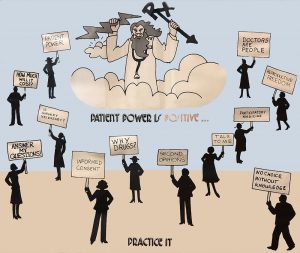 I shared with the group my philosophy of Patient Power, which I developed in the early 1980s

Later in the day, we met with Russian doctors, activists and educators to discuss doctor-patient communication. I shared with the group my philosophy of Patient Power, which I developed in the early 1980s when I realized there was a power differential between patients—women and girls especially—and doctors, who were mainly men.

This power difference led women to believe that their doctor knew everything, and they knew nothing, resulting in misinformation or an absence of it. Ultimately, many women experienced unwanted pregnancies and a general lack of control over their reproductive health.

Patient Power gives women the right to question their doctors, to be informed of alternative treatments, the right to second opinions and more. It was also the precursor for what we now call the Patient’s Bill of Rights (LINK).

Since I invented the concept, women have made great gains in access to resources, education, and social power, but much remains to be done. As we saw in the midterm elections, women won in historic proportions. But, anti-abortion politicians in several key states were successful as well.

In Russia, issues like Domestic Violence continue to occur at epidemic rates, mental health issues are highly stigmatized. And, there is a gaping need for education and peer support beyond looking to “experts.” For these reasons and more, we must stay focused on keeping the power where it belongs: in the patient’s hands. We must start with education until women realize they are the experts of their own experience.