Today, I attended a General Women’s Conference with breakout sessions on motherhood and childcare, medicine and psychology, fighting violence and supporting victims, women’s entrepreneurship and more.

During a group discussion about healthcare in Russia, I was struck by how fear, shame and guilt seem to be all-consuming forces in the women’s lives when it comes to their health. Even simple wellness practices like self-breast exams are essentially unheard of.

Post-partum depression was a theme in the discussion. The lack of education on this somewhat common phenomenon has resulted in reports of women killing themselves because of their overwhelming feelings of not being a “perfect mother.” Even when their feelings do not become fatal, just visiting a doctor is an anxiety-ridden experience for many Russian women. They are overcome with fear over the possibility of receiving a cancer diagnosis which they perceive as a death sentence.

I was amazed in one group session as a Russian woman “found her voice” for the first time. She shared that she had suffered silently from bi-polar for years. She avoided seeking any type of medical care because of the heavy stigma attached to utilizing mental health services., but finally she went to a doctor for appropriate medication. I was told before I left that she shared with my colleagues that the act of merely speaking in public about her “secret” resulted in her feeling “free for the first time in her life”

She committed to working with other women to raise their voices and break thru their fear. 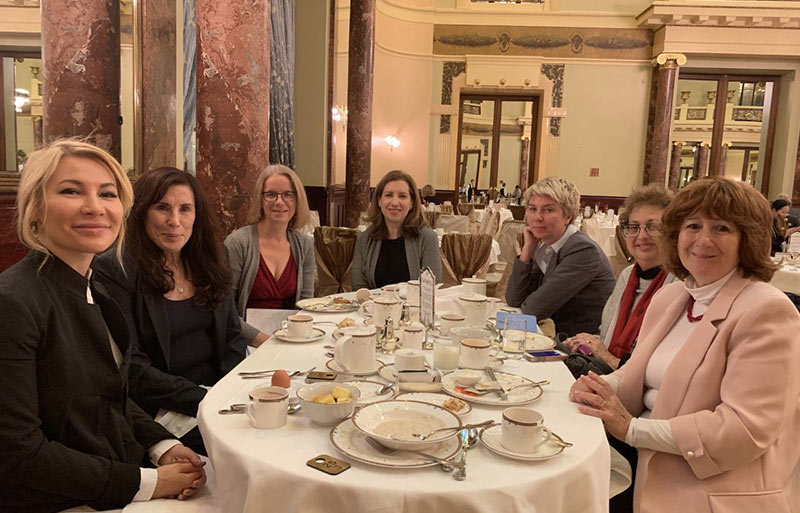 In Russia, a fascinating discussion on identity. Photo by Joan Roth