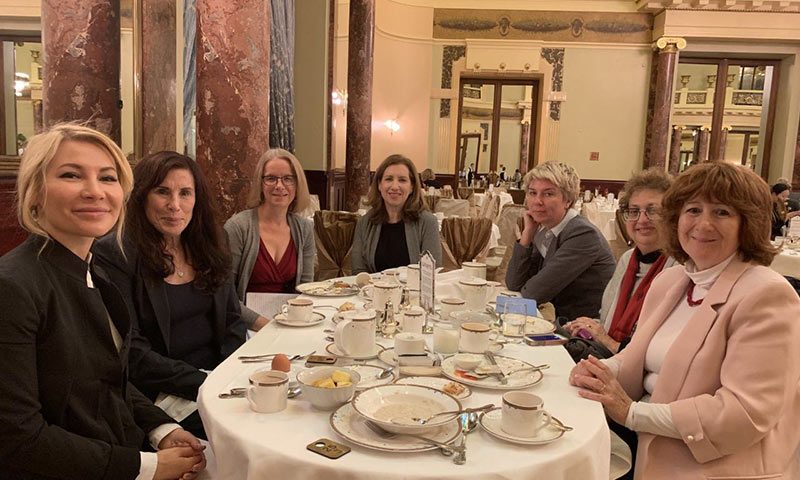 In Russia, a fascinating discussion on identity. Photo by Joan Roth

Today, I attended a multi-track conference on the role of women in modern society at the Civil Chamber of the Russian Federation. The room was full of anticipatory buzz…all in a language I could not understand, but the energy and electricity was palpable. No need to translate that! The women were dressed to the 9’s..loads of jewelry..and of course loads of very high heels. I was always amazed when I would visit Russia in winter and see so many women navigating ice and snow in 4 foot heels.

But there were a few who dared to be in sneakers..not the usual..far more elegant styles, but flats all the same.

The space had marble floors, hanging chandeliers fancy silk curtains and a touch of the French Revolutionaries having meetings in Versailles. I was told “most government buildings were like this.” 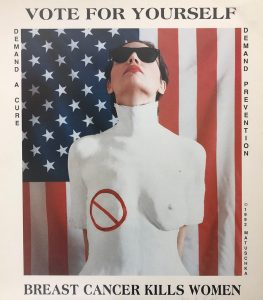 My day began with a fascinating discussion on identity. We dissected how multicultural and individual identities coexist and how women are often seen as the ones perpetuating identity. In the Russian culture, women are seen as spiritually advanced, allowing them to teach both the identity of the particular nationality while providing connection to the motherland–Russia. The connective vehicle between everything is morality and the agreement on collective social norms.

The discussion was full and productive, but painted womanhood in a fairly essentialist light. Meaning, in the culturally traditional Russian view, the concept of womanhood is inseparable from that of traditional femininity, which is seen as the better angel of human nature. While this has a glowing positivity to it, it also assigns fairly strict limits to what it means to be a woman.

In the afternoon, I spoke on a panel on women’s health. The conversation included national traditions and approaches to women’s health in Russia, a woman’s right to decent medical care and her responsibility for her health.

I spoke about starting STOP, the first outpatient program for breast cancer treatment and counseling in the 80’s. I emphasized the importance of peer counseling and the fact that there was no reality of women’s health until the legalization of abortion. Or, as I called it, the “Medical Era” for women. It may seem unremarkable now, but the moment it was written into law that the decision to have an abortion was between a woman and her doctor was truly radical.

I called on the women in attendance to practice Patient Power and to unite their voices. They were amazed at the radical notion of this. But, there are 12 million more women than men in Russia. There really is power in numbers if one by one women realize, recognize and use this power to unite for positive social change and gender equity.